The Master of Wine Tasting Exams – One Student’s Story

The month of May began gray and dreary, with a near constant patter of rain. I told myself that this was for the best, as I hunched over my daily flight of mystery wines. Nothing to distract me from my studies. A feeling of dread was slowly growing in the pit of my stomach. Each week I did the math. Only 3 weeks left, only 2 weeks left, only 10 days left…

What had me in such a state? The Master of Wine tasting exams.

This was to be my second attempt at the notoriously hard three-day session of 12-wine blind tastings.

A feeling of dread was slowly growing in the pit of my stomach.

After successfully navigating the introductory year of studies in 2015, I moved on to stage 2. Studying became a way of life. I rocked my newborn son with one foot while blind tasting Cabernet Sauvignon. I read him bedtime stories about the importance of monitoring pH through out the winemaking process.

I came out of the 2016 exams with passing marks across all five theory papers and one of three tasting papers. Unfortunately, if even one tasting exam is failed, all three need to be re-sat. Approximately 10% of candidates pass the tasting portion of the exams each year. With that sobering statistic in mind, I decided to simply redouble my efforts in 2017.

And then life intervened.

A second pregnancy with a due date mere weeks after the 2017 exams meant that no airline would fly me to the exam centres in San Francisco or London. So, I had to bench myself. As frustrating as it was to take a year off, when June rolled around I was mighty glad that I hadn’t subjected myself to three days of intensely stressful exams in my exhausted state.

I rocked my newborn son with one foot while blind tasting Cabernet Sauvignon.

Pregnancy takes a toll on your palate and your memory. Despite trying to keep my studies up, I was feeling decidedly rusty when I embarked on the 2018 course year. A week in England in February for the annual MW study seminar brought me home in a blind panic.

Each day of the seminar began with a mock version of the tasting exam. Each day I failed miserably. I couldn’t finish any of the papers. I was way off in identifying wines that I had previously had no trouble blind tasting. I got loads of advice from the MW educators that contradicted previous instruction. I felt paralysed.

In the months that followed I forced myself to keep chugging along, leaning on my study partners for support. Every week my amazing husband would organize blind tastings for me, and every week the results were the same. I felt like I was turning in circles, never able to finish my practice exams, misidentifying the same set of wines over and over again.

And then, something just clicked into place. And not a second too soon, for the countdown was on…just a couple of months to go.

And then, something just clicked into place. And not a second too soon, for the countdown was on…just a couple of months to go. I finally started to do well and feel confident. Meanwhile, between my husband and two tiny boys, my house was a non-stop germ fest. Roseola, laryngitis, strep throat, gastro… they had it all. Every twinge in my throat made me nervous. I wanted to isolate myself inside a sterile bubble.

The morning of the first exam, to my great surprise, I woke up feeling rested and ready. I won’t lie and say that a transcendent calm descended upon me. I was still a bundle of nerves, but had managed to convince myself that my countless hours of study would pay off.

The morning of the first exam, to my great surprise, I woke up feeling rested and ready.

Over the three days I developed a morning ritual…healthy breakfast, exam anxiety mini meditation, a couple bites of a banana to rinse my palate of all traces of toothpaste, and a swig of Muscadet to calibrate my perception of wine acidity. I made a playlist of catchy pop music and blared it through my headphones on my walk to the exam centre.

Each candidate must bring their own glasses for the exams and pour their own wines from identical green Burgundy bottles labelled only with the number of the wine. Every morning I steeled myself to maintain a steady hand, nervous that a broken glass or spilled wine would throw off my fragile equilibrium. I also made damn sure that I was pouring wine number 1 into glass number 1.

The feeling of relief that washed over me when time was called on the last exam was indescribable. Sustained nervousness over such a long period is a rare experience in my adult life, and not one that I soon wish to repeat.

The feeling of relief that washed over me when time was called on the last exam was indescribable.

And now…the long wait. Exam results are given in early September. Until then I can only hope for the best and distract myself with the simple pleasure of a chilled glass of bubbly on a warm summer’s day. 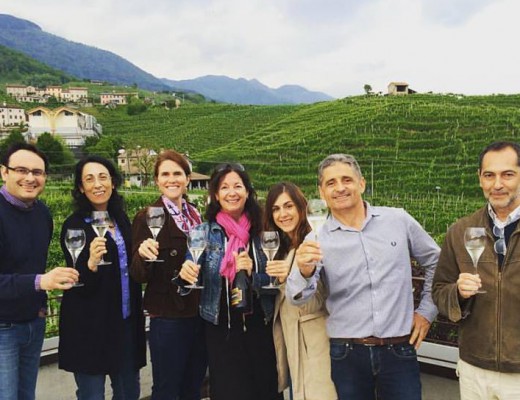 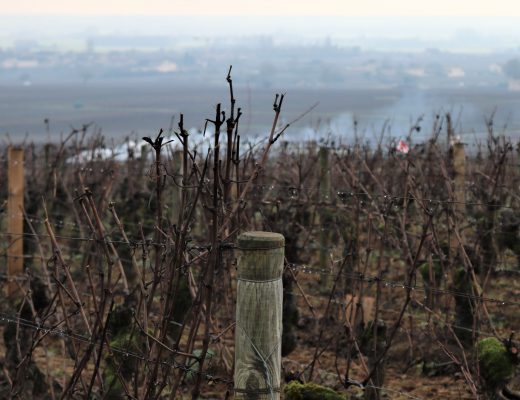 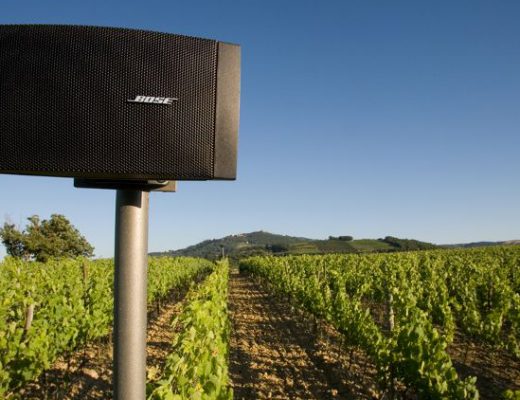 REQUIM FOR A VINE: Classical Music and Wine