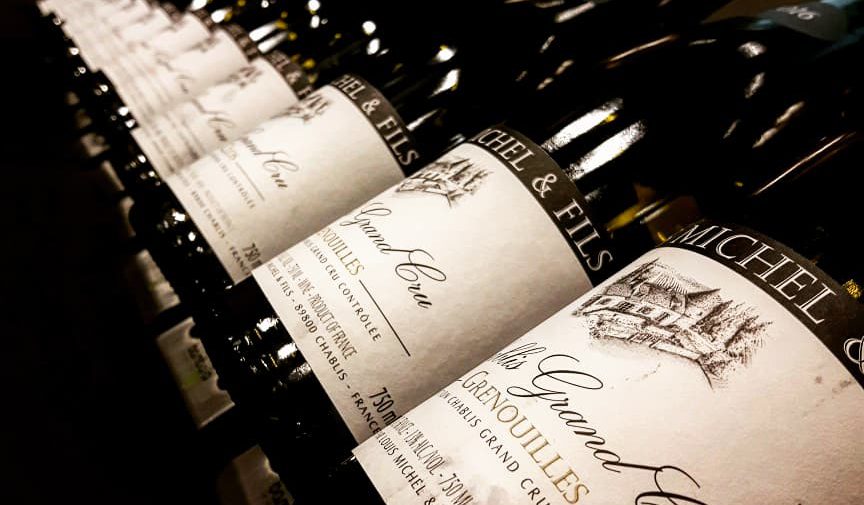 The wines of Domaine Louis Michel epitomize all that I love in top Chablis. They are pure, precise, and incredibly elegant in a lean, steely style that, while understated, remain incredibly complex and powerfully structured.

Established in 1850, the estate has passed down from one generation to the next, to its present day configuration of 25-hectares graced with prime vineyard locations in three Grand Cru terroirs (Les Clos, Grenouilles, Vaudésir) and eight Premier Cru sites, as well as Chablis and Petit Chablis holdings.

Present day owner, Guillaume Michel is clearly passionate about his vines and his region. His enthusiasm is infectious as he explains his team’s vineyard and winemaking philosophies. Crucial to his ideology, is the cultivating of healthy, optimally ripened grapes that ably express their terroir.

The headaches and sleepless nights start early in the Chablis vineyard growing season. Spring frosts are becoming increasingly frequent in the region, keeping vineyard owners up at all hours checking weather data and lighting “bougies” (large parafin candles) in their best parcels on high-risk nights.

Roughly 40 years ago, the Michel family made a radical change to their winemaking procedure. They decided to stop fermenting and ageing their wines in oak barrels. The reasoning? The Michels began to see oak as an artifice, masking or altering the flavour profile of the grape and its terroir. They also felt that the wine should be manipulated or moved as little as possible to allow a purer expression.

Since then, the wines of Domaine Louis Michel have been vinified and matured in 100% stainless steel tanks. The gently pressed must is cooled down to 12°C – 13°C for clarification, and then slowly, cool fermented to temperatures up to 18°C. Maturation on fine lees lasts 8 – 10 months for Petit Chablis and Chablis, whereas the Premier and Grand Cru parcels remain in tank for up to 18 months to integrate further and reveal their full potential.

I recently attended an incredible tasting of the wines of Domaine Louis Michel; all Premier and Grand Cru wines from the 2015 and 2016 vintage. When asked how these vintages compared, Guillaume Michel explained that, “2015 was atypical. A very hot, sunny growing season resulting in rich, fruity wines brimming with white stone fruit flavours. 2016 was a challenging vintage beset by frost, rain, and hail that drastically lowered yields. The wines are surprisingly good however; highly aromatic, with lots of energy and pleasing tropical hints”.

Favourites from the tasting included:

According to Guillaume Michel, Montmain is “always very floral and elegant, with lovely saline minerality”. This is definitely the case here, with underlying notes of star-anise, ripe lemon, yellow apple and earthy, white mushroom hints. Very sleek and racy on the palate, with a bone-dry, lingering finish.

Fairly discreet on the nose, with notes of wet stone underscored by green apple, forest floor, and fresh almonds. This elegant white really comes alive on the palate, with its thrilling acidity, its powerful structure, layered core of juicy yellow pear, white peach and tingly minerality. Finishes with a subtle, appealing bitterness.

Price: N/A, coming to the SAQ before year’s end (enquire with agent)

The 2015 vintage is quite similar, and equally impressive, with slightly broader, rounder acidity and more honeyed, spiced nuances to the flavour profile. Very juicy and fresh on the finish.

Montée de Tonnerre is a south west facing parcel just south of the Grand Cru hill, sharing many geological features. It is one of the best-known and admired of the Premier Cru vineyards, and for good reason. This elegant white boasts a powerfully flinty nose, with vibrant citrus notes, an array of ripe orchard fruits and subtly earthy hints. High, zesty acidity gives way to laser-like precision on the palate, and a lingering mineral-rich (almost spicy) finish.

Quite a diverse terroir boasting a warm meso-climate, with slopes facing both south and north. Louis Michel’s vineyards are found on the north side. The 2016 is hugely aromatic, with oyster shell nuances interwoven with exotic citrus notes, pineapple, yellow plum, star-anise and earthy undertones. Broad, bracing acidity defines the palate, providing lovely lift for the opulent, richly textured core. A symphony of yellow fruit, ripe lemon and briny mineral notes on the finish.

Similar opulence and aromatic intensity to the 2016, with a more ample frame and softer, juicier acidity. The flavour profile is also comparable, but veers towards baked rather than fresh fruit, with a very long, spicy, warming finish.

Guillaume Michel described Les Clos as being “austere in its youth; far more expressive on the palate than the nose, with notes of white pepper on the finish”.  Again, an able description for this compact, racy white with its discreet nose featuring white mushrooms, lemon, and green fruits. Lovely mid-palate concentration, vibrant tangy fruit flavours, and an incredibly long, peppered finish attest to the vast potential for those with the patience to wait a few years.

For me, this was the star of the show. The nose is utterly alluring, at first offering pretty white floral notes, an array of yellow fruits, citrus, kiwi and earthy hints. Upon aeration, flinty mineral aromas come to the fore. The palate is crisp, firm, and very juicy, fairly brimming over with stone fruit and grapefruit flavours, nicely matched by the smooth, creamy texture. A hint of grapefruit pith bitterness adds additional textural intrigue on the long finish. 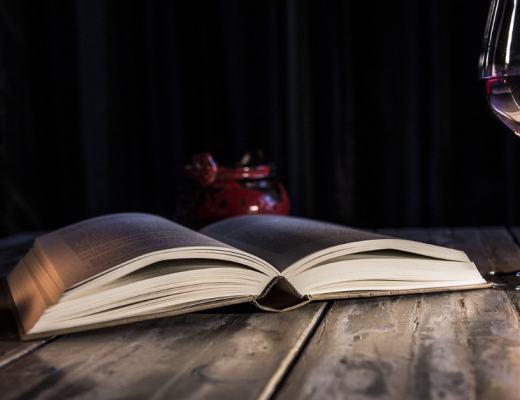 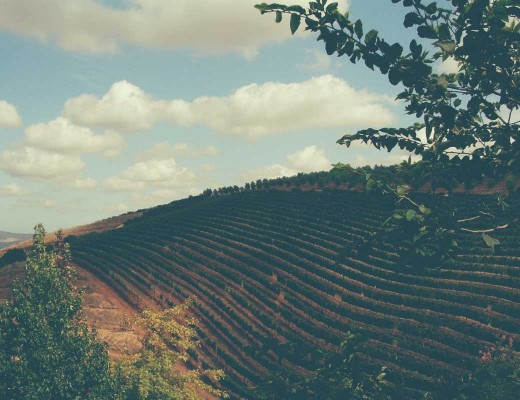 A Closer Look at Cabernet Sauvignon 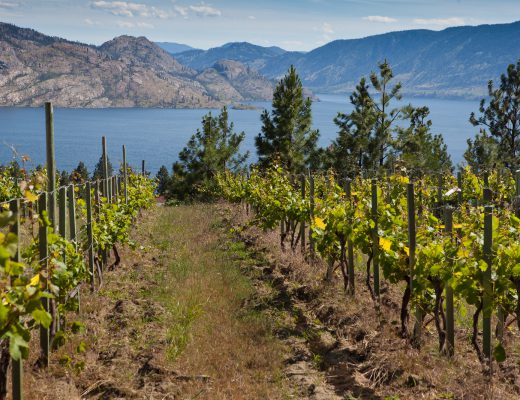 WHY YOU SHOULD DRINK (MORE) CANADIAN WINE