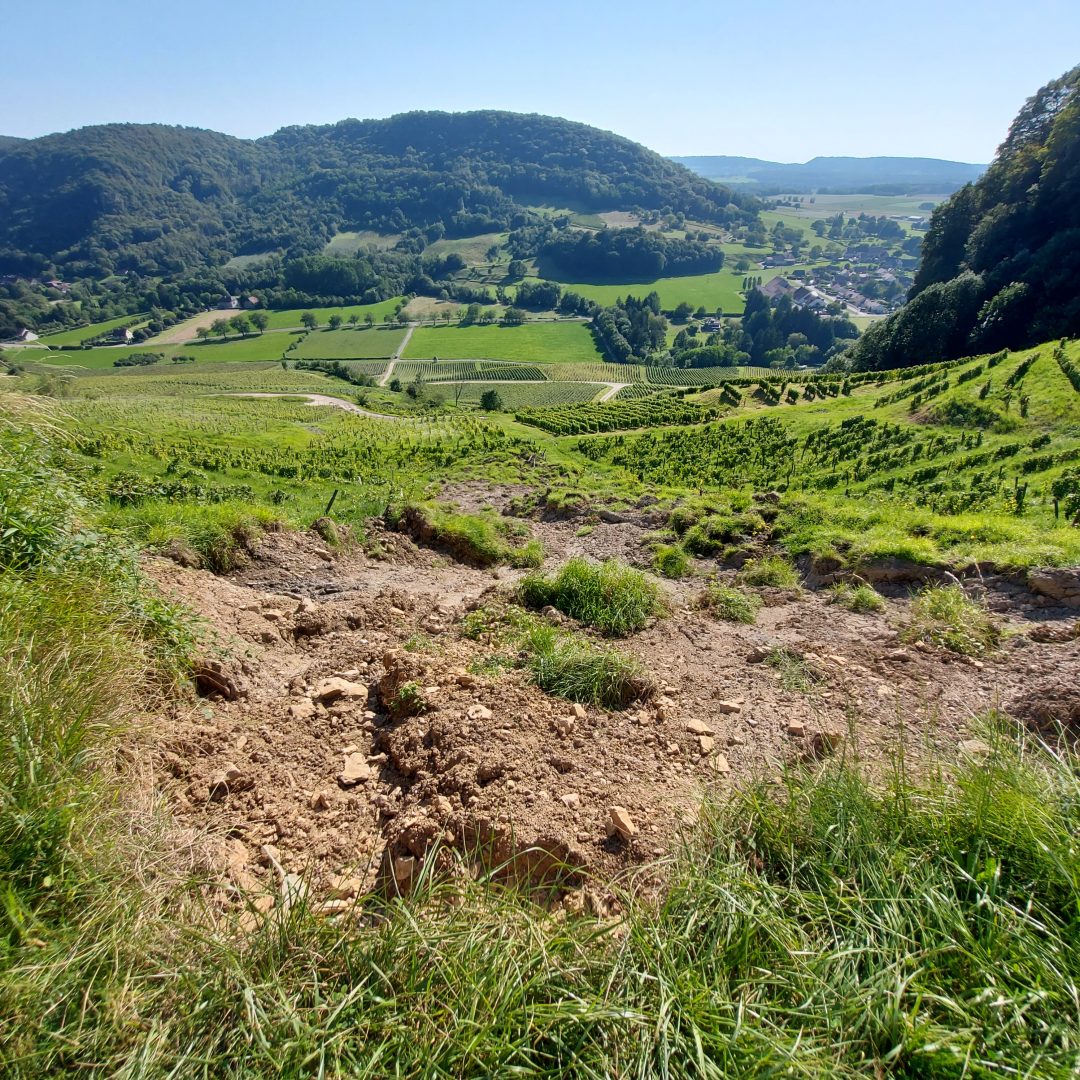 It was supposed to be a hot, dry summer in France. The sort of growing season that makes the arduous task of grape growing worthwhile. A boon after a hard winter of Covid-related lost revenues and confinement. A promising 2021 French wine harvest.

But the long-range weather forecasts were wrong.

The season started off on a terrible note the week of April 5th. Brutal frosts ravaged vineyards across the country, from the Southern Rhône to Chablis. Since then, conditions have gone from bad to much, much worse.

Hail. Tornadoes. Flooding. Cold, wet weather. Rampant attacks of downy and powdery mildew. The reality of the 2021 French wine harvest is being described by the local wine trade as nothing short of un cauchemar. A nightmare.

The latest reports from the French Agricultural Ministry’s statistics department suggest that the 2021 French wine harvest will be down 24 – 30% (vs. 2020). The situation is being called a national disaster, with 2021 drawing comparisons to the notoriously poor 1977 season.

In Vouvray, hailstones the size of eggs fell in a devastating, 3-minute storm on June 3rd. At Domaine des Cormiers Roux, losses were estimated at 95%. And the terrible irony is that the vineyards that incurred the worst hail damage were those spared by the April frosts.

Throughout the month of June, brief yet violent hailstorms caused damage in vineyards as far flung as the Minervois, Ardèche, the Côte d’Or, and the list goes on.

And while July brought drought, hydric stress and withered, yellowing leaves in Provençal vineyards, the rest of France was plunged into a dreaded Goutte Froide. This meteorological phenomenon occurs when high-altitude cold air masses collide with warmer temperatures on the ground. The result is unseasonably cool weather and heavy rains.

Much of Western Europe was impacted, with devastating floods in the Ahr wine region of Germany. While the floods weren’t quite so dramatic or deadly in France, the vineyard impacts were acute in certain areas. In the Château-Chalon appellation of the Jura, the force of the downpours caused massive soil erosion ripping out huge swathes of terraced vineyards.

What’s more, the sheer relentlessness of the July rains has led to a far larger problem for French grape growers. Virulent attacks of downy mildew have stripped vineyards bare, with the threat of powdery mildew and grey rot on the horizon.

The Vallée de la Marne and parts of L’Aube in Champagne are hard hit, with growers ready to forgo the 2021 harvest all together. Between the frost and the fungal pressure, “we’ve lost more than half of the harvest,” said Maxime Toubart, Deputy Chairman of the Champagne industry lobby CIVC, in a recent Reuters interview.

In southern Alsace, mildew, grey, and brown rot are running rampant. Biodynamic producer Domaine François Schmitt detailed the results of the exceptionally heavy rainfalls in July. He described the heartbreak of “withered foliage, covered in large brown spots and dried out bunches with just a few grapes”. He compared it to conditions not seen since the 1920s.

Organic viticulture is rising steadily in France. According to France’s major organic wine trade fair, Millésime Bio, the number of certified organic wineries grew by 20% from 2018 to 2019, and the surface area of organically farmed vineyards expanded by 23%. And this is not counting the large contingent of non-certified organic practioners, and holders of exacting sustainability certifications like Terra Vitis and Haute Valeur Environmentale (HVE).

But while the will to eradicate chemical vineyard treatments is increasingly strong in France, one has to wonder how the 2021 French grape harvest will impact this organic trajectory? I have heard more than one tale of growers, either pondering or, undergoing organic conversion, who shelved their plans in a desperate attempt to save their harvests.

Faced with water-logged soils rendering vineyards impenetrable, with incessant rains, and the worst mildew ravages in decades, farming without chemical fungicides is a heroic commitment. One to be applauded, but also a decision not to be taken lightly.

As I write, from my home away from home in the Auvergne, August is off to a timid start. Each day brings rainy spells, with the sun making rare guest appearances among the heavy clouds. I would check the long-term forecast, but that hasn’t proved to be much use. It is time to pray to the weather gods for dry days to come, abundant sunshine, and a more hopeful end to this downtrodden vintage.