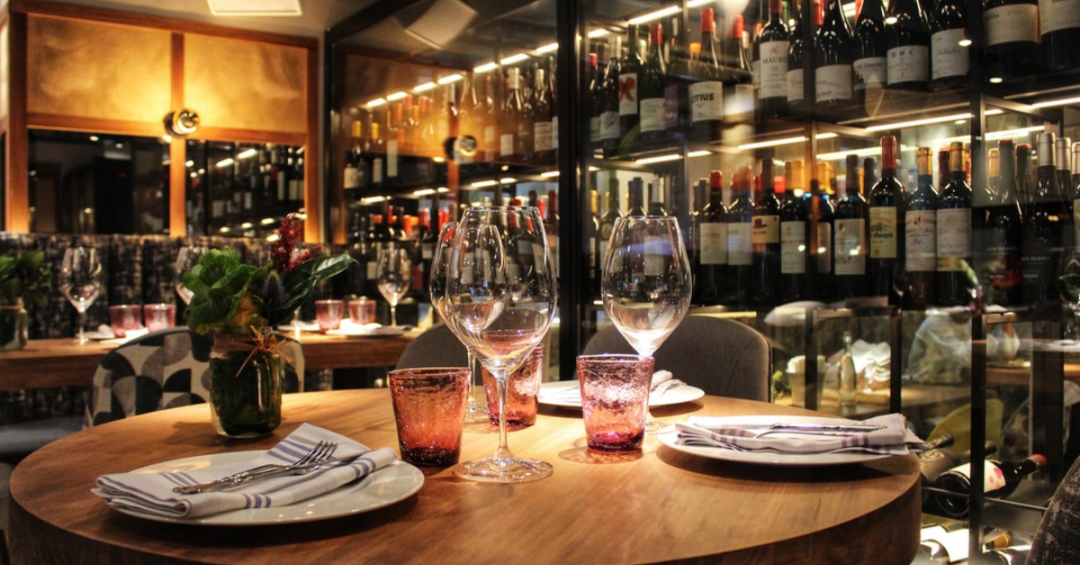 Understanding the wine list, or even a sommelier’s spiel about a restaurant’s offerings, has long driven fear into the hearts of diners.

Wine is a complex subject that has impressed and intimidated its drinkers since time immemorial. The number of variables to comprehend is overwhelming: wine producer, vineyard region, grape variety, vintage, etc. Despite endless recent industry calls to simplify wine messaging, I would argue that understanding the wine list is no simpler a task.

The quantity of winemaking areas and grapes being cultivated has grown exponentially. Regions that previously exported very little are making waves internationally. Winemaking styles have evolved. Experimentation is rife. It is an exciting time in the world of wine, but it is also a confusing one.

Paradoxically, wine list entries seem to be getting shorter in many a trendy wine-focused bar/bistro/restaurant. At a glance, this might seem like a more approachable technique. However, I wonder if it isn’t actually just the opposite?

Even an aficionado, unless they happen to be familiar with the particular estate and wine, isn’t going to understand more than that this is a Vin de France from the 2019 vintage.  The wine list author might just as well have written French wine and left it at that.

He poured the wine. It was dull with a hollow mid-palate and an artificial caramel flavour on the finish. I sighed but, unwilling to bore my friends further, accepted the drink.

It is not that I believe that wine regions and styles should remain static. It is only natural that what is typical from a wine region in 2021 is not necessarily what was so in 1990, or 1950. It is also exciting to taste wines from an estate pushing the boundaries of their region’s most recent iteration of typicity. But, it can also be incredibly frustrating if you were expecting a certain flavour profile and received something very different.

I will say it again. Wine is complex. And complex subjects require explanation.

Perhaps a laundry list of country, region, regional hierarchy, lieu-dit, grape, and vintage doesn’t make understanding the wine list any easier. At the very least though, it provides many points of access for consumers to begin to explore wine’s nuances. A cryptic, short form wine list speaks only to the initiated, excluding all others.

A simple list may work in an establishment where knowledgeable waitstaff are readily available to carefully explains, in layman’s terms, how a wine will taste (being honest about facets of a wine that customers might not be familiar with, or like, such as a tannic white wine or a red wine heady with volatile acidity). How many such places really exist though? And how many customers feel confident that they can accurately explain what they want in a wine?

A WINE TASTER’S SENSE OF SMELL

A wine taster’s sense of smell is their most vital faculty. I remember reading once that Robert Parker’s nose was insured to the tune of one million dollars. Fan or not, it is hard to deny the global influence Parker wielded as a wine critic from the late 1990s to early 2010s. His livelihood was contingent on an acute sense of smell; any lasting impairment of which would have very likely ended his career.

As one of the main symptoms of COVID-19, anosmia, the loss of smell, has been on my mind a lot these past months. Research conducted by Harvard Medical School suggests that permanent olfactory damage due to COVID-19 is unlikely, and that most sufferers fully regain their sense of smell within weeks of being struck ‘smell blind’.

Be this as it may, I can’t help but shudder every time I hear a story about ‘so and so’s cousin’ or ‘a friend of a friend’ that still hasn’t recovered their sense of smell months after recovering from the virus. I think about all of my colleagues in the world of wine, food, perfume, and so on who rely so wholly on their nose to perform their job. I also worry, from a purely selfish standpoint, about losing the pure pleasure of eating and drinking; two of my most beloved activities.

The Link Between Smell & Flavour

“All of what you consider flavor is smell. When you are eating, all the beautiful, complicated flavors … they are all smell.” – Venkatesh Murthy, Department Chair, Molecular and Cellular Biology, Harvard University (article link)

Our ability to taste is directly linked to our sense of smell. If our olfactory abilities are impaired, we can’t taste flavour correctly. Strictly speaking, taste refers to the primary sensations which our taste buds can identify; namely sweet, sour, salty, bitter, and umami.

In order for flavour to develop on the palate, molecules of our food or beverage travel to the nasal cavity (via a passage that connects the nose to the back of the throat). Signals are then sent to the brain that transform these basic tastes into flavours.

The processing of smell is related to the area of the brain called the limbic system, which deals with emotion and with memory. When a scent is perceived, connections are made by the brain relating the odour to the feelings or events the person is experiencing. According to olfactory branding expert, Dawn Goldworm, smell is the only sense that is fully developed in-vitro and is the most powerful of the five senses in children (article link).

This facet of my work, plunging my nose into a glass of wine and being suddenly overtaken by a rush of nostalgia or an inexplicable feeling of quiet contentment, this is why I find wine so endlessly fascinating. The sense of joy that a great bottle of wine provides me is what spurred me on for five long years of Masters of Wine (MW) study. To have it suddenly vanish is an unimaginable.

When I was preparing for the MW tasting exams, I found myself unconsciously training my nose throughout the day. I literally did stop and smell the roses each time I walked the dog. I nosed the coffee grounds as I filled the bodum. I sniffed the cumin and pepper jars while preparing dinner.

A common after-effect of anosmia, in those that recover any sensation, is a range of smell distortions – from finding once enjoyed smells abhorrent to perceiving certain smells differently. Various therapies exist to help the ‘smell challenged’ regain their olfactory abilities. The most popular method is simply to re-train the nose through repetitive smelling.

A sense of relief overcomes me each time the aromas waft out of my evening glass of wine. The thought of losing, and labouring to regain, these precious scents fills me with dread. Put more positively, it makes me appreciate my nose more than ever.

While I doubt my sense of smell will ever merit a one million dollar insurance policy, it is worth immeasurable riches to me.

Here are a trio of recently tasted, aromatic wines. If you can’t smell these fragrant beauties, a Covid-19 test might be in order!

One of my favourite Albariño  currently on offer in Québec. Really juicy white peach, lemon zest, and grapefruit flavours on the palate, heightened by mouthwatering acidity, a rounded, textural palate and a hint of refreshing, pithy bitterness on the finish.

The cuvée name ‘Complantation’ refers to a traditional viticultural practice of growing a variety of different grapes within the same vineyard plot. This blend of thirteen different Alsatian grapes is so vibrant it hums. Notes of lemon, wet stone, marzipan and macerated yellow fruits leap from the glass. The palate’s crisp acidity ably balances its rounded texture and dry, fruity finish.